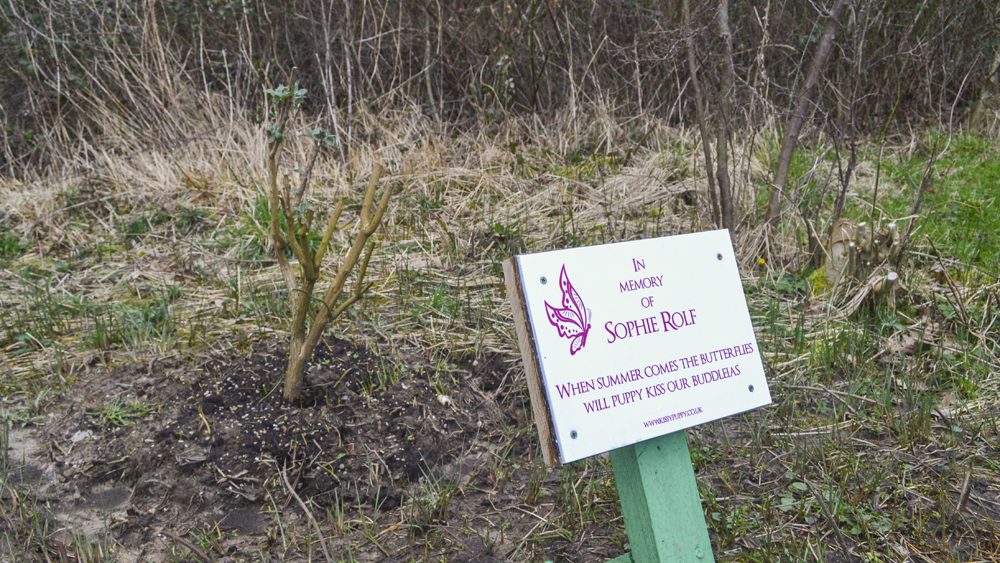 January 2014 has been exceptionally wet and some of the paths are showing signs of wear, becoming very muddy in a few places. We hope to buy more stone in the spring and repair the worst areas. Transporting the stone down the bridle path is the main problem, but there is a possibility that some soldiers from the Royal Artillery may be available to help at the beginning of April.

Two memorials have been put in place on the Green this month. The first is for a little girl called Sophie Rolf, who sadly died in 2013. We have a self sown buddleia not far from the five barred gate which flourished last summer.  We therefore decided to plant another buddleia on the Butterfly Meadow and because Sophie loved butterflies, have dedicated it to her memory. Her parents and friends continue to raise money to help with care for seriously ill children.

On Tuesday January 21st 2014 a rowan tree was planted by the friends and family of Ruth Hartwell, (nee Edgcumbe), who died in October 2013.