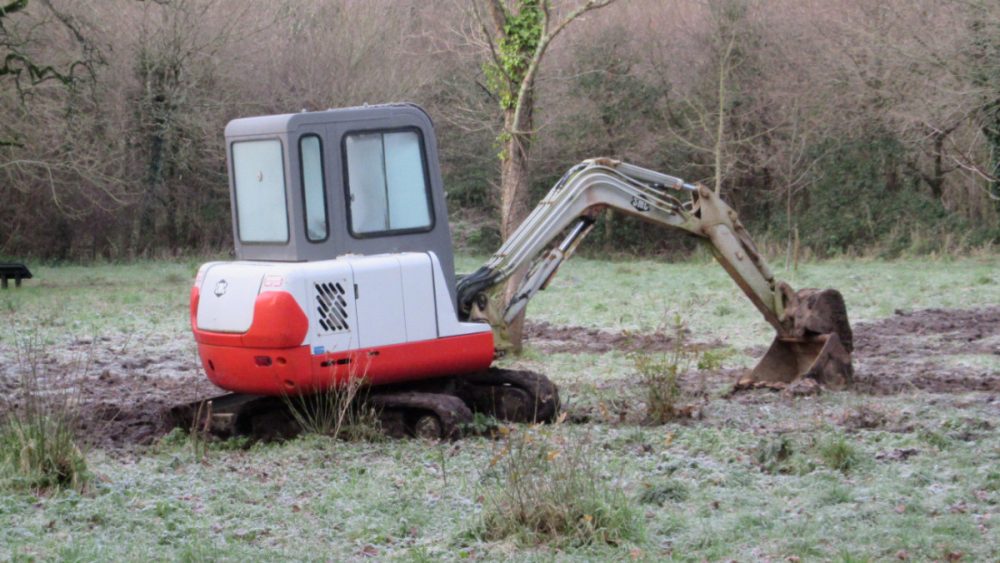 The self seeded oak trees which were growing near the five barred gate had developed into a small wood and as we want to keep that as an open area most of them were cut down during 2014.

However by last autumn it was clear that many of them were shooting again and so it was decided to dig them out. This was obviously a job that needed machinery and so we approached Gavin of  “GM fencing” who sent his team with a small digger. 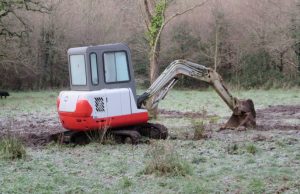 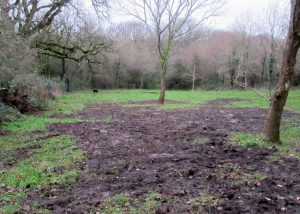 They have done an amazing job removing the stumps and levelling the ground again.They even managed to save the little sapling that we planted as part of our biodiversity programme! 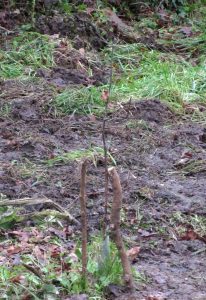 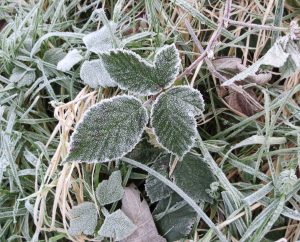