Thanks to the Green Gym ” Bloggist” for their report below on the second GG visit to the Green on Wednesday August 26th 2015. 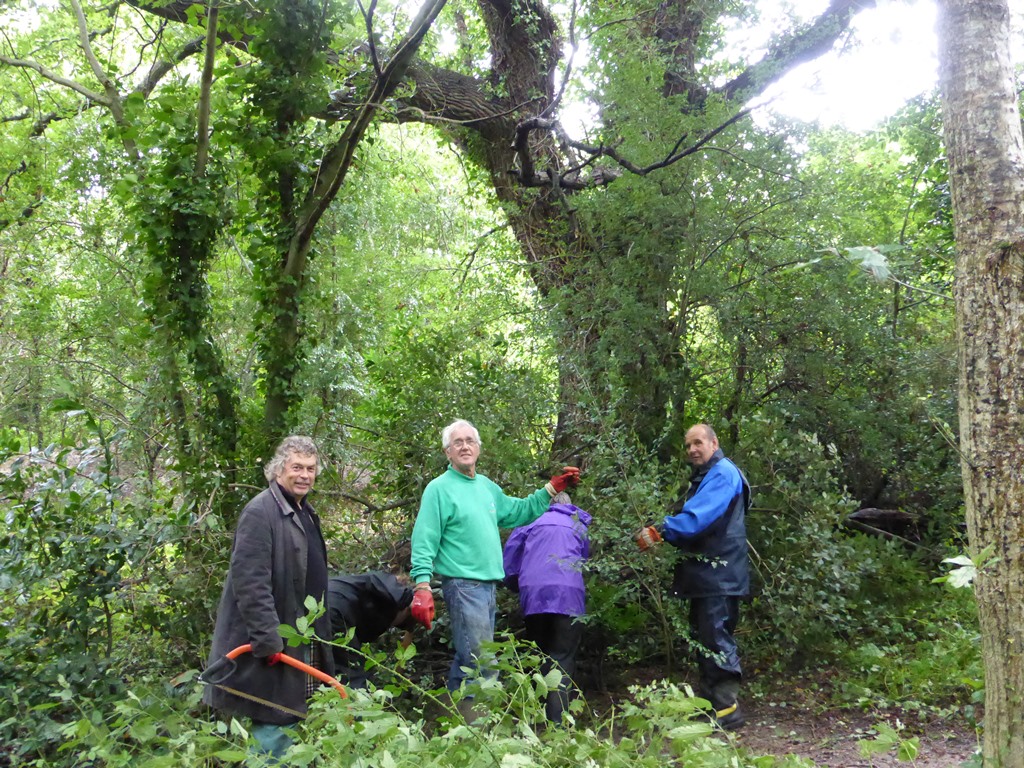 We set about clearing the board walk of mud along its length, this has a tendency to build up with time and could if left rot the supporting timber.

The group pulled horse-tails in one meadow, and in the butterfly meadow where we had the continued battle against succession we removed any bramble, self sown small oak and willow whips.  Note; Succession is where meadows become scrub, become woody shrubs, become forest if left.

Some recently damaged trees which were creating hazards gave us further tasks clearing away the leaning boughs and building a dead hedge.”

During this visit Mark Russell noticed some New Zealand Pygmy weed growing in two sites near the dipping platform. This is a non native invasive species which has perhaps been introduced to the pond by a bird. After taking advice on the best way to deal with it, the plants were  sprayed with weedkiller at the end of September and they will be watched and treated again in the spring as necessary.